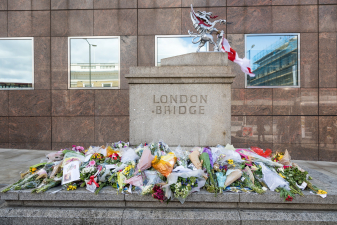 The report highlights the challenges in tackling the financing of extreme right-wing terrorism and preventing attacks. These challenges include how countries view the threat, ranging from terrorism, to racially motivated violence.

FATF explore through this report, a wide range of actors from individuals, that operate as lone actors or so called “lone wolves” to small and medium organisations, as well as transnational movements which span borders, and sometimes even continents.

The report finds that while extreme right wing terrorist (ERWT) attacks are mainly perpetrated by self-funded lone actors, extreme right wing (ERW) groups employ an array of fundraising techniques. These include donations (through both crowdfunding and private contributions), membership fees, commercial activities (including organisation of concerts, sales of merchandise and real estate ventures), and criminal activities.

Notably, most of the funding for ERW groups appears to come from licit sources. ERW groups appear to be less concerned with concealing their transactions than in other forms of TF, many jurisdictions also reported that ERW actors are becoming increasing operationally sophisticated in how they move their funds.

The report concludes the FATF project to strengthen FATF understanding of the risks associated with Ethnically or Racially Motivated Terrorism Financing.  The objectives of the project were to:

Link to the report